28. The appearance of prostituting and escort activity 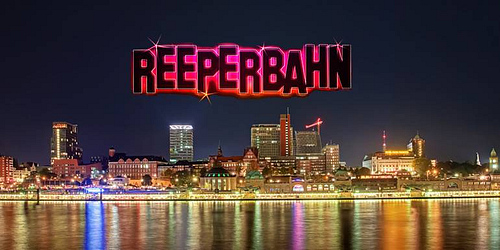 The appearance of escort activity shows diversity regarding the performance of the work. If the escort does not take outcall while selling her escort time, then the sex customer has to appear at the escort meeting at a place specified by the escort. This place can be the escort own home or rented property. Also, an escort can receive clients in a hotel or in a house where many escorts work together. It is important not to mistake escort house for brothel. Escort houses usually have an operator who asks for a rent deduced from the escorts’ income in some agreed percentage. In escort houses there is protection for escorts in form of bodyguard, so it is a safe environment for escort-dating.

The other case is when an escort is doing an outcall, that is to say, she is going to the place agreed by the customer. It can be a restaurant, hotel, customer's apartment, a park, or even a library. There are endless opportunities. It is also not uncommon for a client to go abroad on a holiday with the escort. Escort agencies can also outsource escorts anywhere, whether it's a home party, an exclusive party, or a weeklong term in Dubai.

Prostitution activity most often takes place in brothels, which can function as a club or as a stripper bar. Prostitutes can also work in tolerance zones and red-light districts. Every country - where prostitution is not forbidden - has its own famous red-lamp district. One of Europe's largest red-light districts is located in Reeperbahn, Hamburg. The Reeperbahn has thousands of prostitutes and sex tourists as well as sex shops, brothels, striptease clubs, sex museums and erotic theaters. However, the most famous district in Europe is not Reeperbahn, but Amsterdam's De Wallen. The history of De Wallen dates back to the middle ages, with almost 600 years of history. An incredible number of over 25,000 prostitutes are working in the area, many of them posing in showrooms where they try to seduce prospective clients by wearing sexy lingerie.

Prostitutes can also work on the streets along busy roads near truck rest. Illegal prostitution can almost infiltrate everywhere, so it is not uncommon to see prostitutes trying to sell their sexual services at popular events, sporting events (forma-1, Olympic Games, world championships, or festivals).

Escorts and prostitutes also appear in various media. The appearance here is not just about advertising sexual services. For example, we can read about prostitutes or escorts in interviews and reports, and it is not uncommon to see some known escort girl or porn star to appear in some reality show. This includes offline media, newspapers, magazines, or less frequently, books. In online media, we can see escorts more often in TV shows, news programmes, and more widespread: almost everywhere on the Internet. Nowadays, all popular escort girls tend to have twitter, facebook, or instagram profiles, and it's not uncommon for prostitutes or escorts to represent themselves on youtube videos as a way of advertisement.

The world of escorts and prostitution are virtually everywhere thanks to the media, and it is likely that they will remain there. This is because the world needs escorts.