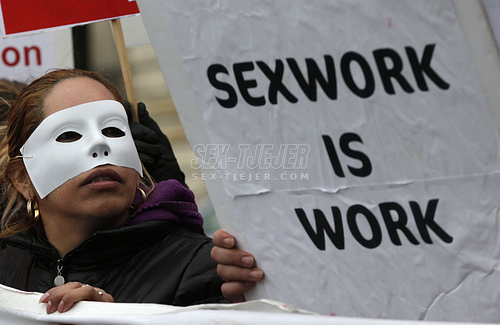 One of the functions of the laws and rules regulating escort industry, as it has already been mentioned in the chapter “How and for what reason do certain countries support escort trade?”, is the protection of employees working as an escort or a prostitute. Besides, the right to exercise law is also taken into consideration by lawmakers, which means that for escort girls, escort boys, ladyboy escorts, transvestite escorts and transsexual escorts the freedom to to use the body must be granted. And this is what the righ defenders emphasize. Legislators need to consider a lot of things when creating a new law. Since legal protection is just one of the many, there are still other issues such as organized crime, violence sex workers, forced prostitution and exploitation.

Therefore at legislation these must be taken into account, and we still have not even talked about the people's will. In a democratic country everyone has a say in whether prostitution and escort work should be legal, that is, whether they should operate in the streets, brothels, or on online escort sites. In the Netherlands, for example, some years ago there were serious demonstrations. Hundreds of people demonstrated their will to completely criminalize prostitution. The Dutch ("Dutch model") has been offering complete legality for prostitutes and escorts since the 2000s. Even pimpery is legal, as long as the prostitue agrees to do sex work. In addition, there is the famous De Wallen district where hundreds of girls stand in showrooms advertising their sexual services. The aim of the legislation is nothing else than to give full rights to free work, putting up the body for sale to revive the sex trade. Why? Because it is a huge business for the country!

Legislators, however, have not anticipated the negative effects of the law: recently illegal prostitution has grown rapidly (police reports confirm). It is estimated that more than 50% of women working in legal brothels are trafficked as well as the number of offences and the cases of violence are also growing rapidly. Moreover, it is a fact that young people tend to be sex client, which also can have a negative effect on younger generations.

The German model is essentially the same as the Dutch model in its structure and its effects. Registered brothels are allowed to operate, and escorts are free to work in the country. The essence of the model is the licensing of free sex work, but here too, as in the Netherlands, the number of prostitutes has grown dramatically in recent years. More than 3,000 prostitutes from Hungary come to offer sex services week by week, and the number of women working as an escort is also not negligible. The complete legalization of sex work in Germany has also resulted in the strengthening of the illegal forms of the sex industry, and consequently the number of those escorts and prostitutes is growing rapidly who are forced to sex work by violent pimps, and expoitation is also prevalent.

The Swedes set up the "Swedish model" in 1999 in order to prevent human trafficking, exploitation and violence against women, which, according to statistics, proved to be so effective that several countries (Norway, Iceland, Northern Ireland, France) joined this form of decriminalization of sex work. According to the Swedish model, escorts and prostitutes working independently in their own rent / apartment have the right to do sex work without any legal consequence. However, there is a turn in the law, because it gives as well as takes something away. It essentially takes away the legitimate rights of those who want to buy sexual services: sex customers are sanctioned by the new law.

The Swedish model therefore does not deprive escorts and prostitutes from the right to sell the body for sexual purposes, but the sex clients are fined and the crime repeaters are retaliated with imprisonment. Illegal prostitution exists, as in all other countries, but the number is not as high as in the countries where prostitution is regulated and within certain limits it is completely legal. According to Swedish reports, in recent decades there has been a significant drop in the number of sex clients using the service of escorts and prostitutes. By doing so, the Swedes have succeeded in making the escort trade legal as well as keeping prostitution in control unlike in Germany, Austria or Switzerland.

In addition to the aforementioned models, there are a number of European countries (Portugal, Spain, Ireland, England, Finland, Italy) with similar regulation of prostitution to the Swedish model (organized prostitution, brothels, pimpery are illegal) but with the difference that the sex clientele is not punished. They are trying to curb or get rid of violent exploitative pimps and brothels and provide protection to those escorts and prostitutes who are vulnerable – but also, they give sex clients right to legally enjoy sexual services whitin escort time. With this system, they have succeeded in achieving that escort trade and prostitution can legally operate for both sex clients and sexual service providers, escorts and prostitutes.

The success of the system is controversial, as according to statistics, more than 60% of sex workers are dependent on a second person in some degree who have disposal of sex workers’ earnings. In Denmark, according to a survey, 40% of girls working in streets are forced into prostitution, and another 20% of sex workers are trafficked from Eastern Europe. The struggle against pimpery and human trafficking has proved unsuccessful so far in Denmark.

In the above discussed cases, laws regulating prostitution and escort industry have taken side of the free employment of escorts. Contrary to these, there is a radical approach to escort activity. The reason of the radical approach – making the escort trade completely impossible through the strict prohibition of prostitution industry – is due to the conservative view of the leading countries (Russia, Ukraine, America, Romania, Balkan states, Lithuania, Arab world, etc.) and the radical religious attitude of the given country.

From countries based on strict religious constitution comes the so-called Arab model where the teachings of the Islamic religion have reached a socially radically formative effect. Such place is the Arab Emirates, the majority of Islamic countries and the Dubai mentioned: the favouire place of celeb escorts. Dubai is an interesting case, as despite the strict prohibitions and legal sanctions, there are large numbers of escorts to do sex work (mainly on order). After the Arab Emirates, 90% of the Asian countries are in favor of banning prostitution. Exception is Thailand: the popular destinations of escorts, prostitutes, ladyboys and shemalese, and Vietnam, where thousands of escort girls work without constraints.

Prohibitions naturally entail sanctions and punisments. In the Arab Emirates, both escort and client may be imprisoned. The sentences that may be imposed range from 1 to 3 years. In radical Islamic areas, capital punishment may be imposed on escorts and on those who practice prostitution as a job.

Sentences imposed by countries applying the Swedish model may vary. In Sweden, the punishment is maximum of six (half) year of imprisonment and income-rationed fines to crime repeaters. In Norway, the client may also be imprisoned for up to one year, while in Iceland the sentence may be up to 1-2 years, and in the other countries the penalty rate is up to 3000 euros.

In countries where escort trade is legal and only the organized forms of prostitution (pimpery and brothels) are sanctioned legally the law-offenders are likely to be inflicted with prison sentence or a large fine (up to ten-thousand-euros).

In those European countries where all forms of escort trade and prostitution are forbidden the punishment is usually a large fine or prison sentence of one to five years.

Coerced prostitution, human trafficking, abusing sex worker and all illegal activities in connection with prostitution can get up to 10 years of imprisonment across Europe.