25. Is it possible to quit escort trade and what can an escort does for a living after giving up sex business successfully? 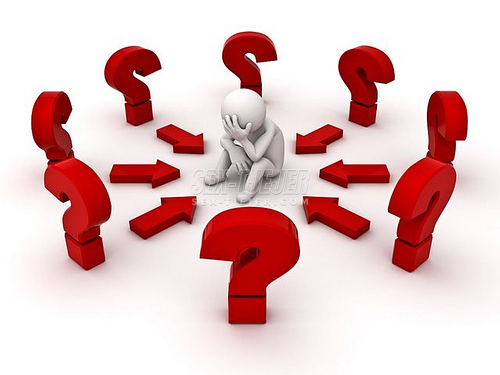 There are two possible motives to quit escort trade. In the first case, the reason for giving up sex business is too intense competition, that is to say, when an escort is unable to compete with other sex providers due to the lower quality of the sex service she provides compared to that of others, with other words, she won’t be able to make money, as a consequence. As described above, the escort trade has serious professional requirements to meet, and if someone cannot do it, she has no other choice than to work on the street or at brothels as a common prostitute.

The escort trade will primarily drop out those escorts that have been broken and worn away by the sex trade, that is, who will not be mentally able to do the sex work properly. This usually happens after several years of professional practice (60% of the sex workers).

Mental problems will become apparent physically after long practice of sex work as stress and psychological problems will cause premature aging. And how do escorts usually protect and eliminate the problems? By drinking, taking drugs and pills, as we have described in the chapter on the risks on escorts. These escorts have difficulties in quitting sex work (up to their complete degradation) because they spend away all their money during work and have no special plans for the future. These escorts will be in the most difficult situation when leaving sex business. New life will be difficult for them because they can not maintain the high standard of living they were used to, and many have no qualifications because they get into sex business at a young age, and, in addition, a significant part of them will have some addiction when it comes finishing career in the sex industry. Unfortunately, there will be only one option to do for them: prostitution. They will end up working at brothels or, worse, in the streets.

The other way out is when an escort does not give up the sex trade due to incapacity to do sex work, but because she has accomplished what the escort profession was a springboard for. These escorts always work deliberately, do not spend away (just a few) their eranings, do not spend on drugs, parties or luxury stuff, but keep saving, and when the time comes, they get out of the escort trade without problems. After quitting the job, these escorts will certainly have the chance to start something again. Many escorts start a business from the money they have made from the escort trade, there will also such escort girls who gets married to a wealthy client, and there will also be escorts who fund their higher education from the money they make as an escort, so after giving up the escort trade they will be able to get a good job in the traditional labor market. In this case, the escort profession is a certain springboard, so getting out of the escort business is obvious after having reached the goal.

The goal sometimes means a career. For example, one of the most famous actors, Brad Pitt made a career after having done escort service for some time, who, according to some reports, arrived in Hollywood without any money, so in the beginning he had to earn some money to start his career, and he did it by working as a male escort for rich female clients. It is important to mention the most famous female icon of the world, Marilyn Monroe, who also worked as an escort, like Denise Richards, Sophia Loren and Sophie Anderson, who also had worked as escort girls in Hollywood before their acting or supermodel career strated to soar.

Unfortunately, giving up escort work is not that easy for some escorts. This unfortunate group of escort service providers includes those who are victims of human trafficking and are forced into sex business. In addition, there are escorts who are forced to do sex work because of their poor financial or societal situation. For example, such are gay escorts who find it very difficult to find opportunities in the labor market, as well as shemale and ladyboy escorts, or transsexual and transvestite escorts, who are also in a difficult situation and it is almost impossible for them to find a proper civilian job. The escorts listed above often find employment in the porn industry.

And finally there are escorts who would not give up sex work for the world. A good example to represent this group is those escorts who became a celeb, making a lot of money thanks to their fame.