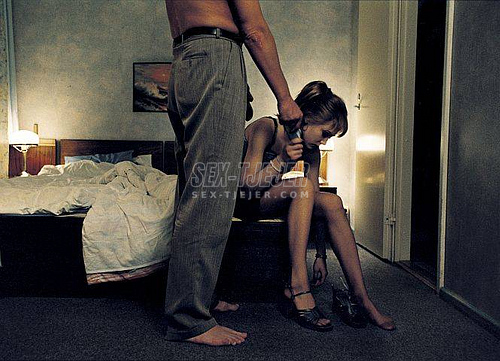 Working as an escort has a lot of dangers. A large part of the dangers could be eliminated by preparadness for possible inconvenient situations, being careful and having circumspection. However, there is a group of dangers that can not be prepared for.

Most of the dangers are always due to the fact that the escort is not prepared properly for the job in the trade. If an escort is doing a tour, that is to say, she is selling her escort time in a foreign country then it is essential that she should be aware of the laws of the given country before getting started, which is just one of the many things to do. Knowledge of the foreign language of the country where she is going to work is also indispensable, since a small misunderstanding can also lead to major problems.

The really big problem may be caused by the defenselessness of escorts. An escort cannot know what intentions a sex client may have, or, in the other case, when the escort is doing outcall, what kind of clients she is going to meet with. At an escort meeting the customer's ulterior motive won’t be found out, and if the mutual sympathy is established between the escort and the sex client, then the escort agrees to go to the client's home, where even the worst thing can happen to her. The client may be rude, violent, and beat, rape the escort, and unfortunately the media is full of murders of this kind. This predominantly endangers independent escorts, especially those who want to save money on protection. Protection is really important with someone employed in the position who really knows what to do in case of danger.

Robberies and theft will also treaten the escorts who are not provided protection. For criminals disguised as sex clients it is a great opportunity to make money when they get into the apartment of defenseless escorts. Theft, unfortunately, is also a common event in the escort profession, when, for example, jointly working escorts steal from each other. Moreover, there are cases when the owner or operator of the escort house (where escorts work at) steals the escorts with some trick.

A less common but typical crime is when an escort falls victim to human traffickers.  In that case, the escorts are blackmailed and their earning is taken away, or worse: they are kidnapped and forced into prostitution.

Another source of danger to escorts is addictions or psychological problems in the trade. Mental problems occur the most typically. As escort work involves tremendous stress, those who are psychologically weaker will be freaked out easily. In addition, escorts tend to choose the worst kind of alleviation: first they will use tranquilizers and mood enhancers, and then they will slowly take to drinking, which is known to have a relaxing, soothing effect on the consumer. The escort girl won’t even notice and she has got addicted, which eventually leads to quick decline mentally and physically.

In addition to alcohol, drugs also function to solve problems for escorts. There are a lot of cocaine-addicted escorts. They can easily buy the drug from their high earnings, which they initially use only to relieve the problems caused by the escort work, and after the addiction develops, cocaine will be consumed regularly at parties. Of course, cocaine is just one of the many drugs that are consumed by escorts and pose a great danger to every escort in the trade.

Besides, there are many other sorts of addictions that may pose a risk in the escort trade, for instance, plastic surgery addiction. The escort who suffers from this addiction is also struggling with serious self-esteem disorders, so they can go extremely far when it comes to plastic surgeries. Plastic surgery addiction does not only endanger the escort financially, but also does harm to the health after a while. For example, botox injection, which paralyzes nervous pulses, is a common plastic intervention. At first there is no problem with botox injections, however, the regular use paralyzes and distorts the face of the escort.

Other addictions that can develop while working as an escort: addiction to money (an escort cannot stop working as a sex worker), addiction to brands and clothes (they spend all their money on designer clothes, so they have to work again and again), and sex addiction, which is the least harmful in this profession.

Dangers for both clients and escorts

The dangers of escort business also extend to customers. For example, robbing customer is common in the world of escorts. In some countries, laws even favor theft-prone escorts. If we take Sweden, where, according to the laws regulating prostitution introduced in 1999 (the famous Swedish model), escorts are free to take employment in the sex industry, while the client is punished when getting caught in purchasing sexual services, there it often occurs that escorts steal naïve sex clients. There are several ways to do this. The most common trick is when the escorts is receiving the client at her home, and while she is engaging him, another person undisturbedly plunder the client busy in enjoying the sexual service. But this is just an example of many. Then the plundered client cannot go to the police station because he would betray himself and receive further punishment in addition to the financial damage he has already had.

After drugs, mental illnesses and collapse, burn out and crime, what the next major threat in escort trade, which endangers both escorts and clients, is the venereal diseases. Sexual illnesses come from profit-hunger of sex workers: there are escorts that take the risk of getting sexually infected by using no condom protection for extra profit. Unfortunatelly, customers tend not to think that if the given escort girl is willing to carry out sexual services without protection it's quite likely that she has done it with others sex clients, that is to say, she takes the risk for anyone’s sakes that has money to pay for it. Well, this is how sexually transmitted diseases (such as AIDS, hepatitis C, Gonorrhea and Syphilis) that cannot be prventeted by vaccination. Furthermore, hepatitis B, the most widespread venereal disease in the world, is also a common sexual disease carried by escorts, but fortunately it is preventable by vaccination.

Contrary to the above mentioned sexual diseases, there are ones that cannot be prevented by use of condom therefore they pose a greater risk to both escorts and sex clients, such as different genital herpes, one of them called Condyloma acuminatum (commonly known as HPV, warts virus), and one of the most common fungal infections in the world is Chlamydia. Chlamydia causes rash around the vicinity of the genital area due to bad hygienia. It can infect without bodily touching, as it is enough just to touch the towel of an infected person or sit on a dirty toilet seat.