Well, who are then the prostitutes? I think every escort can become prostitute but not every prostitute can become escort. I cannot believe that an Eastern_European street-walker prostitute could perform an escort’s various tasks. I’ve taken this example as I mentioned an escort’s position is not stationary, but a prostitute is supposed to be standing by roads in every sort of weather condition, her pimp beats her up if she fails to perform as he wants, and she also can be forced to work. This is not a slight difference. This imaginary Romanian street-walker goes on the street to drab because she speaks only her mother tongue. Even if she could speak other languages she wouldn’t be sophisticated, I mean she’d hardly be able to tell something appropriate. The quality difference among escorts is not that conspicuous than it is among prostitutes. I mean a prostitute can be a luxury sex-worker or a cheap slut. Generally, prostitutes are just quick lays. Also, this can be seen if we look at the clientele. Street-walker prostitutes are used by who has the taste for it, who is ok with low-quality or do not have enough money. I don’t think who shags street-walkers goes on escort sites. Who can be satisfied by a street-walker, the lowest quality of sex provider won’t make us of escorts. 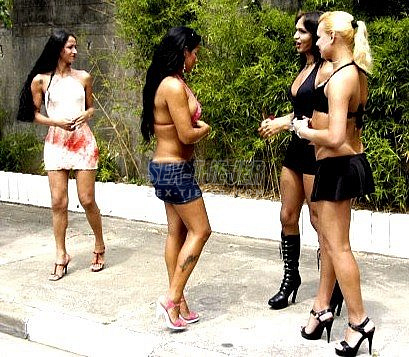 Now we’ve arrived at the point to define what prostitute means as we did it in case of escorts. Prostitute is the sex-worker who offers sexual services in return for money on a designated place under control of a pimp. Prostitutes usually gather at brothels or red-light districts where the client chooses one of the girls and they do the business at the designated place. In contrast with escorts, the service list and what the clothes cover turn out on the spot. There are brothels that run website featuring its sex workers, although most prostitutes are not advertised as the work illegally in the country. Luxury brothels where perfect prostitutes are available have website like escort agencies, but making contact with the girls is not possible. Besides, these sites usually don’t show pictures of the girls, but if there are some, they are blurry-faced. In terms of the clientele, prostitutes also have millionaire guests but generally they carry out only luxury service for them. This can be the only shared characteristic of them, pointing out how much the difference is between escorts and prostitutes. 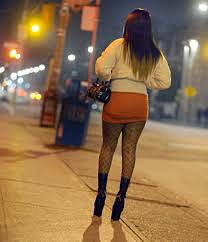