Selling sex is so profitable thus attractive business that a whole industry and infrastructure built up to support it. Attraction here realizes on the other side, as I have already mentioned: working in the sex industry is very profitable, which is what makes it attractive, and not the gratification of sexual needs, but the attraction of big money through satisfaction of others’ sexual needs. Sex offers several work fields: acting in sex or porn movies or videos, prostitution and escort services, employment in brothels and virtual and online sex-services and the operation of its technical equipment (from cleaning staff at a brothel to IT support at an online sex site), care of venereal diseases, control and prevention of sexually transmitted diseases, sexual psychology and criminology, sex workers’ legal protection and trades, mental hygiene treatment for former sex-workers etc. Many weighing the low chances of finding a well-paid job tend to choose a position in the sex industry. Its psychological explanation might be that attractive individuals are generally less punished during their socialization due to their beauty or handsomeness than less attractive ones. Its long-term recoil is that since they do not really have to struggle for acceptance and appreciation as their look gets anything for them, in addition, their mistakes are not sanctioned properly, leaving the family, they will be at disadvantage compared to others who have experienced and overcome frustrations many times in their life, making their mind work. As a consequence, the average or less attractive individuals will be more experienced and clever than their beautiful or handsome contemporaries. This is why it is almost scheduled for beautiful women to take employment in the sex industry (or model industry, which is nearly the same). Beauty is a basic, and as enough intelligence hasn’t developed during their socialization that would enable them to make a living on other work fields, it is much easier for them to work in the sex industry, which is anyway far more profitable than studying at university and stepping up the career ladder at some competitive company. That’s why it is not surprising to see so many attractive sex-sellers in the sex market. Anyway, everyone would like to earn a lot of money, especially those who have the physical potential (nice body, beautiful face) and the above-mentioned intellectual disadvantage.

Well, sex industry has its own organizational framework, which offers additional jobs to job seekers. Since sex is a service, it could be considered as a commercial commodity, so the same principles apply to it as to any other products. Each product or service has marketing and marketing strategy, which in this case is mainly the advertisement of sexual sales. Since such advertisements are prohibited in many countries, it is required to advertise in an alternative way. The marketing today mainly concentrates on online web-based facilities, which to organize and run, a lot of computer technicians and specialists are employed. Also, the legal background should be provided because of the legal restrictions on prostitution, and it is usually implemented by employed jurists. What does not require more special knowledge are different administrative tasks on interfaces of different brothels and escort sites where the trade takes place largely between seller and buyer of the product. Sexual services as products is often mediated  to the potential purchaser and the mediation offers many job opportunities too such as the afore-mentioned administrator work or operator jobs, for example chat operator. From the world of virtuality to reality we can see a whole range of job opportunities as well. Sex industry workers have their trade union with union members who provide legal representation in difficult cases of sex-workers. There are mental hygiene therapists who are responsible for reintegrating burnt-out sex workers by giving them psychological therapies to get them back to society, because it is often not so easy due to the manifestation of psychological and health problems contaminant with sex trade. Of course, it goes without saying that at the lower levels of the profession (e.g. street walking) it is mentally and physically very demanding because of the clientele’s violent and aggressive behaviour, not to mention the problems pimps can cause to them. Besides, psychology has a branch that deals with disorders of sexual life, which is increasingly popular, not only among patients, but also among those healthy but struggling with greater or lesser sexual problems within their relationship. If we look at the growing popularity of Internet porn and computer games among young people, it is easy to predict that sexual psychology is going to be also very popular profession in the near future.

After mentioning sexuality disorders with psychological origin, biological problems should be talked about that stem from sexuality because sexually transmitted diseases are living their renaissance with syphilis and gonorrhoea spreading again, not to mention AIDS. Overall, it can be considered that sexuality and its dangerous promiscuous gratification gives scores of jobs globally to doctors, sexologists, researchers, virus and bacterium specialists, that is the consequences of risk-taking in gratifying sexuality appears in several scientific areas.

The branches of sex industry

There’s a whole range of industries based on sex and its gratification, because business sees an excellent profit opportunity associated with its products. Today, sex is not just about sex organs or other organs functioning temporarily as sex organs produce sexual act for sexual satisfaction, but the situation is far more complex. First of all, from business point of view, market needs for sex has to be created, if it should happen to be missing. This can be carried out by launching products directing and attracting attention, especially male attention towards the direction of nicely wrapped sexual product. A good and quality product in itself is not good enough without nice packaging that raises customers’ attention. In the sex industry this is the world of female clothes, which is responsible for making a possible client a potential sex-buyer by the help of special clothes that emphasize female body parts, making them more attractive and irresistible. Pure nudity alone is not enough, as it is in the final stages before the sexual act, until which the client has to be carried with attractive pieces of clothes. On the other hand, prostitutes cannot turn up in public places or brothels naked, even on escort sites or in sex-windows they have to wear something. For this is what a branch of the clothes industry is specialized in, producing sexually explicit items of clothing, providing the market with such items as stockings, thong panties, white boots, bras, etc. Besides, it also needs to ensure adequate clothing for specific subtypes of sexual services, for example BDSM service requires a lot of toys, sexual accessories and special pieces of clothes, such as very high stilettos, full body polish cloth and leather straps.
If we talk about sex acts the role of sexual tools must be emphasized, because as I said, today sex is not just about rubbing sex organs against each other. These sex toys include a series of artificial genitals (dildos, vibrators, artificial vaginas, etc.) all of which are designed to act both suitable to arise and gratify sexual desires. For smooth sliding of the organs lots of kinds of lubrication are available in the market of sexual accessories. Protection is almost the most important branch of the sex industrial products where condoms provide security during the act, and if the client struggles to produce or maintain erection, a huge selection of aphrodisiac help to solve this problem, providing pharmacists and drug developers excellent career opportunities. In our alienating society, the engineers of sex industry think about the increasingly impoverished middle social class, who cannot afford to buy sex service on a regular basis, and for them now sex dolls and automatized or robotic prostitutes (sex robots), though extremely expensive, are available on the sex market. Those who are already bored with real prostitutes or so comfortable that they cannot stand up in front of the computer to visit a brothel, 3D virtual sexuality is advised. This is the most technical part of sexual accessories, if this can even be called accessories at all, because virtual sex as the only sexual interaction is becoming a reality for more and more men. Thousands of computer researchers and developers are working on it to make virtual sex more real for the new generation of punters, thereby making this service segment revolutionary. 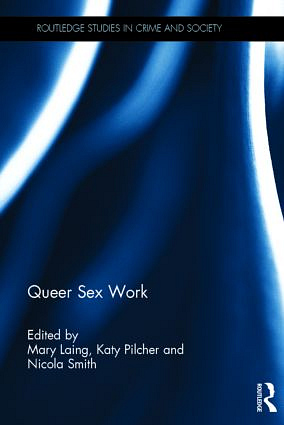