Why does someone become an escort, or: the process of becoming an escort girl 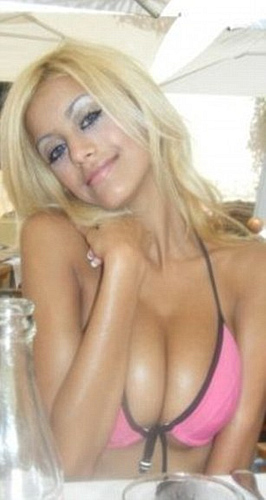 Prostitution and escort service are the ones of the highest paid ‘professions’ in the world of sex services. The reason of the popularity of escort work is the high-earning opportunities, as well as the fact that escort the girls have a marketing interface (online escort sites), where they can begin to work in the field without significant contribution to setting up the business. If we think about it more there should not be more to do for a prospective escort than just to upload her pictures on a good escort site and to write a few lines about herself, and her favourite services (analsex, OWO, GFE, CIM, CIF, COB, BDSM, Domination, Fetish, the favourite perfume, flowers, cars, drinks ... etc.), after which she can wait for her phone to ring from excited clients.

Very simple, and if we take the example of Sweden, where since 1999 the sale of sexual services has not been prohibited by the law, the easy way of making money cannot be anything else than working as an escort. Therefore, there these days you can find hundreds of escort girls advertised on the Internet and really there are no sexual needs that could not be satisfied by an escort girl.

But however easy and alluring it sounds to take up employment in one of the world's highest paying profession, the escort services, prospective escort girls will have to face thousands of difficulties in the initial stages of their new job. It may seem easy to work as an escort, but it is so complex that only those will make big money that are prepared and conscientiously do their work.

Well I could be talking about the dangers of the sex-industry, or how to set up the business properly or anything, but the size of the topic is so big and diverse in the escort world that if I were to begin writing now, I would not finish it by the next month. So now let me choose a point of view, from which we can approach the most frequently asked question of the escort world: why does someone become an escort girl?

Hearing this question, many times we tend to think that escort girls and prostitutes are likely to be the victims of some human tragedy, poverty, violence, or some sort of violence... because what kind of woman would be able to go on a date and have sex for money with strangers of her own accord? Who would think that there are women who simply become an escort or prostitute because they love their job, or just simply they like meeting and having fun with guys and find pleasure in selling up their body as an escort. Well there is a French movie called Jeune and Jolie that deals with the question that is how someone becomes an escort without the intention of making a lot of money. The main character is a 17-year-old girl who decides to become an escort due to a bad sexual experience. It is worth seeing the movie because it gives a realistic picture of the entire escort profession. In addition, the girl who plays the main role is extremely hot. 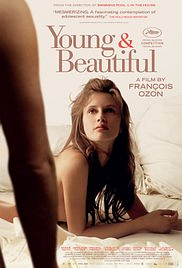 The above examples clearly show that someone will not necessarily become a prostitute or an escort girl just because of her troubled fate forces her into prostitution or escort service. She simply may want to serve some higher purpose by doing as a prostitute. In the case of the mentioned young girl in the movie, who sucks off rich guys at parking lots and gets laid in hotel rooms, she just wants to find something in sexuality by doing escort job or tries to forget her first bad sexual experience. Ciccolina would work for the government as an informer, and she was able to undertake that she would go on dates with foreign guys who would shag her in some luxury hotel. They both served a kind of purpose that intended not merely to make everyday life better or richer, but they did it for a higher purpose.

Since the topic is very broad, it is advisable to set up three groups, which help us to see more clearly why a girl becomes a prostitute or an escort girl. 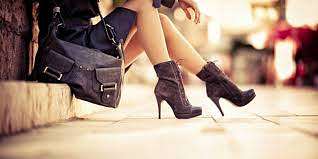 it is a whole different ball-game this escort-world..much more fun 'n' bangable LMAO

It seems your opinion basis on external aspects or lack of experinece.

But you may be right in some cases. We will see is in the further parts.