How modern human trafficking comes to realize in prostitution?

Well, based on above, when can we talk about human trafficking? Already, we are talking about human trafficking when a prostitute or escort sells sexual services not under her own power, but by the help of other people. Here the assistance of others can be a man’s contribution to the work, say, who looks up girls in poor regions who are trying to break out of poverty and see no other way out only prostitution. Suppose this man engages in visiting those regions and there offering job opportunities in sex-business, who later will take employment in prostitution as a member of a well-functioning system. In this way everything is organized for will-be prostitutes: journey, workplace and even guidance is provided in some cases. If we approach the issue from the aspect of law, then we must be talking about human trafficking?, even though these prostitutes are not victims but the beneficiaries of prostitution. The organizer or procurer or pimp - depending on the law of the country – will certainly implement human trafficking. 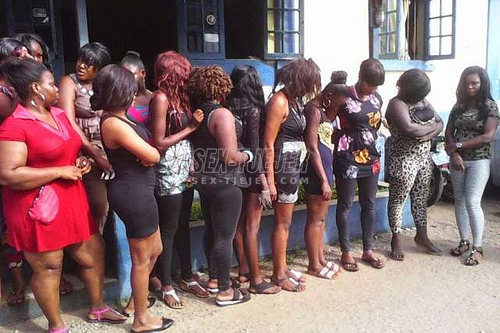 This type of "human trafficking" is the most common in Europe. It may be felt that here the term human trafficking should not be taken in the strict sense of the words, as if so, a lot of misunderstanding come up leading to the misbelief that no one is deprived of their freedom, prostitutes and escorts  are free to give up the job if they want. They can quit, but, certainly they will not, because prostitution is a lucrative business. This kind of "human trafficking" is not typical of all prostitutes adn escorts, and this is why the market is worth talking about. The extent of prostitution and human trafficking cannot be extrapolated to a single country in Europe, as it has to be examined globally. It is also true because legislation varies everywhere. There are countries where prostitution is prohibited, and also, there are countries where certain participants in prostitution are sanctioned. Laws and regulations on prostitution are so diverse that they determine where it is worth working as an escort where as a prostitute.